This blog was originally written and published a year ago.  Today marks the 11th anniversary... and as I was going to write a blog entry, I realized that the words were all the same.  Let me share this again...

Today is in many ways just another day.  It's a very special day, as one of my very best friends celebrates her birthday on this day.  But then there is a sadness that looms over me on this day as well.  Ten years ago I lost my Grandmother on this day... and I will never forget it.  January 16th is a very bittersweet day... as I have to celebrate Allison's birthday, because I love her and she has always been such a special friend to me.  It doesn't make much sense why it couldn't have been another day that had to take my Grandmother away from my life.  But then, there really wasn't a good day anyway.  Ironically, the two women who stake a claim in making this an important day on my calendar are both women who mean the world to me in some way or another.  Allison and I were best friends growing up -- and I still love her to death.  Life has taken us in directions that keep us from being able to see each other often - but I know if I ever need her, she's always there (and she knows that about me as well.)  My Grandmother... well, she might just be best described as my soulmate.  She was the closest person to me... I find a lot of things I do (bad and good!) remind me of my Grandmother.  She never met a stranger, she laughed all the time, she would get so angry she would cry, she had a very hard time giving up on someone, she loved with all of her heart - and she loved unconditionally, she always lost track of time.... she believed in forgiveness, and she got more joy from helping someone else than ever doing something for herself.  She didn't like to be in the spotlight, but would rather be invisible.  To me, she was very close to perfection... and I embrace the similarities in us.


Ten years is a long time, and so much has happened in that time.  For years after she was gone, I would wake up needing to speak to her.  That was common, because that was always the way it was.  If something was on my mind, or something bad was going on in life, I would wake wanting to talk to her.  So after she was gone, having that feeling would often start my day in tears... having to realize again that I couldn't speak to her.  I wonder constantly what she would think about some things... about how my kids have grown up, and what they are each doing with their lives.  I can imagine her laughing about something that happens, or see her crying because of a disappointment or a hurt.  I imagine her passion or anger over an injustice, and sometimes it makes me laugh or cry!  So often I want to ask her opinion about something... but honestly, I already know what she would have to say most of the time.  I just would love to hear her voice.  A couple of months ago I woke up sobbing... I had dreamt that she had come to talk to me, and it was so real... and it broke my heart when she had to go, and I had to wake up.


I'm thankful for the 36 years that I had with her in my life... and there is no way to even imagine the different person I would be had she not been there all of those years.  She helped make me who I am.  She made me a stronger woman.  She molded me into a woman of integrity and strong faith.  She reinforced my beliefs, and she helped me believe in myself.  She taught me to love completely - and how to have righteous anger about something.  And she taught me how to forgive - and how to ask for forgiveness.  My life would not have been the same these past 10 years if she hadn't been in it the 36 years before.  And as much as I miss her now (the sobs choke in my throat as I write this, and my heart skips from the sadness of missing her) I would rather have the memory of those 36 years with her along with the pain of missing her... than to have never had her at all.


Embrace the people who are special to you.  It makes me sad that some people don't have someone like her in their life... someone to help make them a better person.  But it makes me even sadder to see those that DO have someone in their life, but they ignore it or don't take seriously how important that person is.

Here are a few pictures of my sweet Grandmother.... Lenora Christopher Swink. 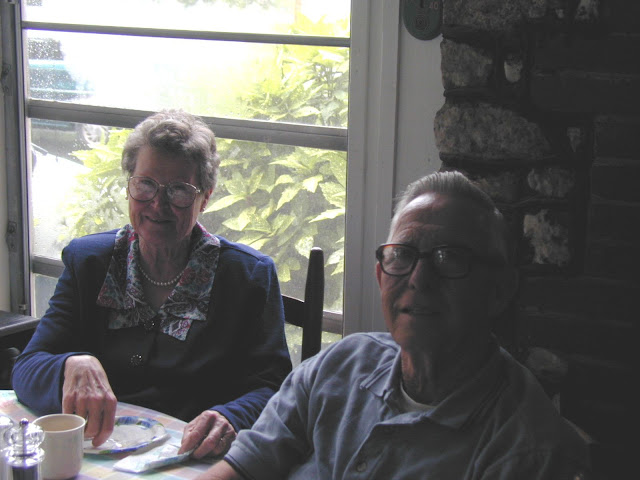 Also visit my Photography by DonnaKay blog @
http://blog.photographybydonnakay.com
... a little more about my life as a photographer...

How many 2nd chances do you give someone when they hurt or disappoint you in some way?  This is quite a tricky question for most people.  There are lots of people who believe there are NO 2nd chances for some sins... basically it comes down to what the offense was that is in question.  I can certainly understand that... and am in no way standing in judgement of anyone's opinion about the matter.  I'm just here to talk about where I come from on all of this... and some of the reasons why.

I am not perfect.  Ok - so it's out there now.  Seriously - I've made so many mistakes in my life I couldn't even begin to number them or name them all!  I have disappointed people along the way... I have hurt people at times {sometimes too many times!}  And lots of times I have been forgiven... but there are also times that I have not been forgiven.  Relationships {even friendships} have ended.  And that hurt me.  .... so, what have I learned along the way?

Anyone that knows me will hopefully agree that I am a woman of faith... I am a Christian, and my faith hopefully defines who I am and how I live my life.  That being said, there is a lot in the Bible about forgiveness.  Not only MY forgiveness, but about ME forgiving others.  But I'm moving beyond that {even though I don't think there needs to be any other reason for me to believe in 2nd chances....}

Have you ever ended a relationship because someone hurt you?  And not in a case where they had hurt you over and over again and proved they were beyond change... or in an instance where you had seen this was really not a great person to have in your life... but rather because you were just stubborn or prideful {or whatever word you want to use} and you just were NOT going to give that person a 2nd chance to make a fool of you...?  Well... I have done that too!  And, honestly, I have also lived to regret that decision quite often.  Time passed... life continued... hurt dissolved... and I missed my friend.  I missed what I had so easily given up.  Sometimes {and I mean that in a "not so often" kind of sometimes} you can ask forgiveness yourself in such an instance... have another chance at the relationship.  But most often the real damage is done and the relationship is never the same.  This is a very sad thing to happen.

But back to my admission that I'm NOT perfect... {yes... makes me very uncomfortable to keep coming back to this... but I DO have a point!}  If I have hurt someone... and have seen that I can actually learn from the hurt and disappointment I have brought to someone else and grow into a better person who would NOT do such a thing again... then why can't I believe that someone else is also capable of such change?  Hmmmm.... good question!!

Certainly... there are instances with some people that it's just best to learn a lesson... call it an end.  There are bad people in this world, and when we are shown someone's true colors {and they turn out to be the bad colors} then be thankful for the lesson... and move on.  BUT... when it is a case of someone truly making a bad decision... someone making a mistake or being stupid or whatever you want to call it... Really think about whether you want to lose them for good in your life.  Or whether maybe a 2nd, 3rd or 4th chance is maybe the better decision to make.  The biggest point I'm trying to make in all of this is that you just STOP and THINK.  Please don't let pride or stubbornness play a part in your decision.  Dignity {in this way} is overrated.  I truly believe we can miss out on our greatest relationships because we will not forgive and give someone another chance.  And when you think "they don't deserve another chance..." just think of how it is when it's YOU wanting just one more chance.
Posted by Unknown at 12:50 AM