Also visit my Photography by DonnaKay blog @
http://blog.photographybydonnakay.com
... a little more about my life as a photographer... 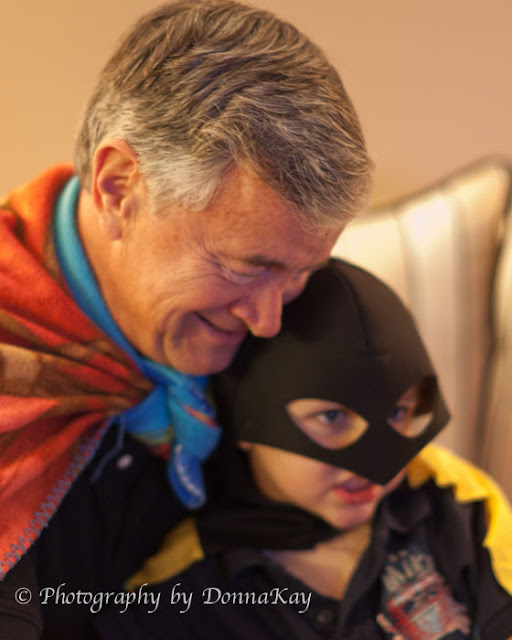 When was the last time you stopped and thought about the hero's in your life?  Quickly - what name comes to your mind when you think "hero"?  I think for every little boy it is at some time a superhero: Batman, Spiderman, Iron Man... someone with supernatural powers who can save the world.  But as we grow up we are shocked and saddened to find out that there are no real superhero's.  Or are there?  I've been writing a lot lately about children, parents, hurt, disappointment... and I don't want to upset or depress anyone.  The simple truth: life is tough.  People make bad decisions.  And there are also the times that people take a wrong turn in their life and hurt lots of people.  What about when the hurt pulls away the mask to reveal that who was once a superhero is actually not one after all? 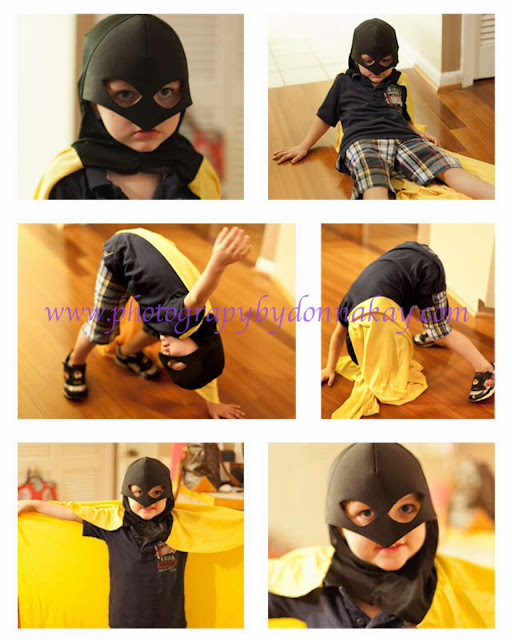 This evening I was watching a sweet little superhero run around in his cape.  He has such an imagination - but ruining his fun at what should only be a carefree time in his life is the reality of a lot of hurt and disappointment.  More than ever, this little superhero needs a HERO.  So while he was running around as Batman, the caped crusader, he had an awesome co-crusader who is really his Poppy.  Poppy had on the Sponge Bob cape that ALL real hero's wear - and he did the moves and ran up and down the hallway filling the job quite impressively.  And me... well, I was the one blessed enough to see the real hero of the day.  While Batman was convinced that his superhero co-crusader was Robin, I know that this was a superhero who will NEVER disappoint this little boy.  And long before he was a superhero, he was also a hero to me.  I've known him all of my life, and he's always impressed me with his kindness, generosity and loving spirit.  But watching him with his grandchildren has brought my admiration to a new level. 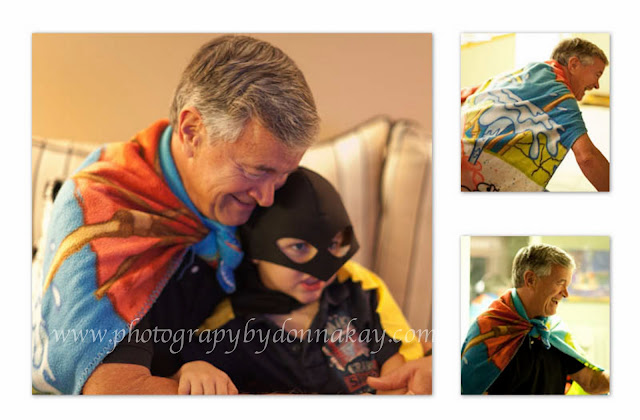 We think we know who the real hero's are... and often those we think of are truly heroic.  But let's not forget the ones who are heroic to the end.  The ones who are hero's even after it's no longer fun for anyone.  And if you are blessed enough to know one of these hero's I'm talking about, then let them know they touch your heart in a special way - and that you appreciate them just for who they are.  It's a rare thing indeed.
I love you, Poppy and Mimi.  You are two of the most special people in the world, and no one can imagine the hurt you are going through in all of this.  I am one of the blessed ones to see the hero's you are in how you have touched the lives of your dear grandchildren.  "Greater love has no one than this, that he lay down his life for his friends." John 15:13... there are many ways to "lay down his life" for someone, and sacrificing your life as you know it to take care of someone else in their time of need definitely makes you the real hero's.
Posted by Unknown at 11:44 PM